The children at Moor Park Primary School enjoy lots of different extra-curricular activities from knitting to football and more!

We are also able to offer before and after school club care for working parents (there is a charge for these two clubs).

Why not have a further look?

At Moor Park Primary School we take part in the Children's University Scheme. Children collect hours from extra curricular activities both in and out of school. These go towards different awards and a graduation ceremony at the end of year to recognise all the extra work these children do in their own time.

Connor (Aged 11) is our Head Boy.  Following the vandalism in January, Connor wrote to the Gazette to publicise the horrible act that mindless thugs had carried out.  He wanted people to be aware that this had happened in our school, that the children were devastated and for other schools to be vigilant.

Connor was live on air from his house on Friday morning with Jamie from Rock FM.  Jamie was doing the school run, collecting children to come to school to see the new dome and the revived garden area.  Connor says "It's a much safer and cleaner area now that it has been revamped.  We are so grateful to everyone who has helped  to make our school a nicer place."

He was so excited to be on the radio on Friday and says "Friday morning was wonderful.  It was a privilege to be with Jamie and Hywell and we got to say thank you to Rock FM's Cash for Kids charity who had donated a new dome and seating area to our school".

Nicole (Aged 11) has been outside gardening and harvesting vegetables to sell at school events.  She says "We enjoy planting, watering, tidying and harvesting the food that we have grown.  We are looking forward to growing and selling lots more produce to our parents and local community".  She was also taken to school on Friday morning and says "Friday morning was very different to a normal morning.  It's not every day that a Rock FM DJ takes you to school".

Later in the morning we had a garden party to celebrate and to say thank you to all the people who were involved in our project.  Jamie and Hywell officially opened the area, cutting a red ribbon.  We said thanks to: ACE security systems, Marton Mere Caravan Park grounds team, Rock FM's Cash for Kids team, Dobbies, Morrisons, CostCutters, Prettywallflowers and Glasdon's along with ​our governors, parent helpers and staff who had an involvement.  The Eco Rangers and Gardening Club made rhubarb crumble and potato salad for everyone to take away with them from fresh home grown produce. 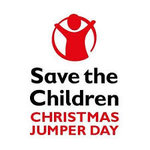 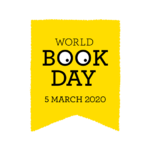